Saturday April 5 An Evening of Music 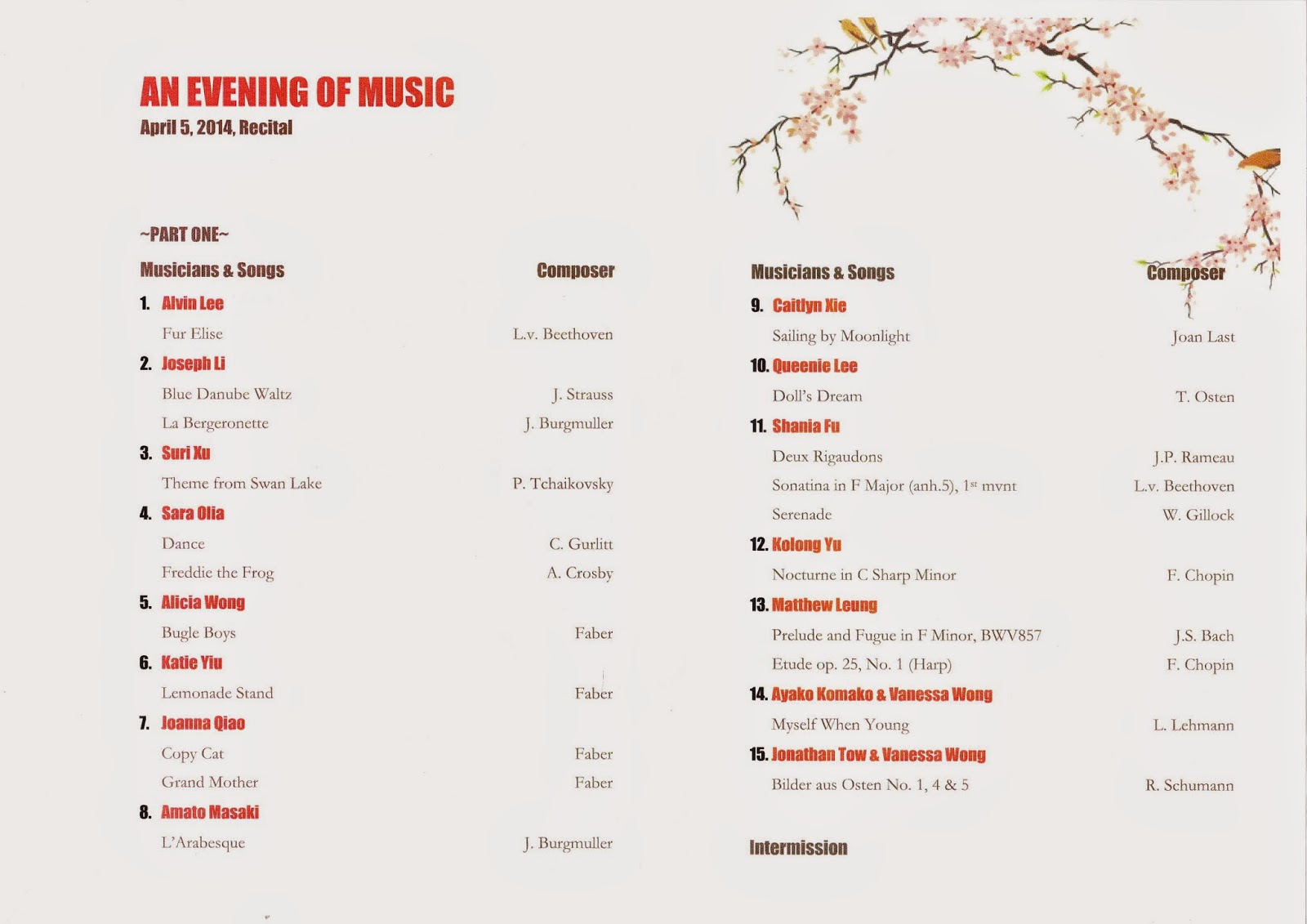 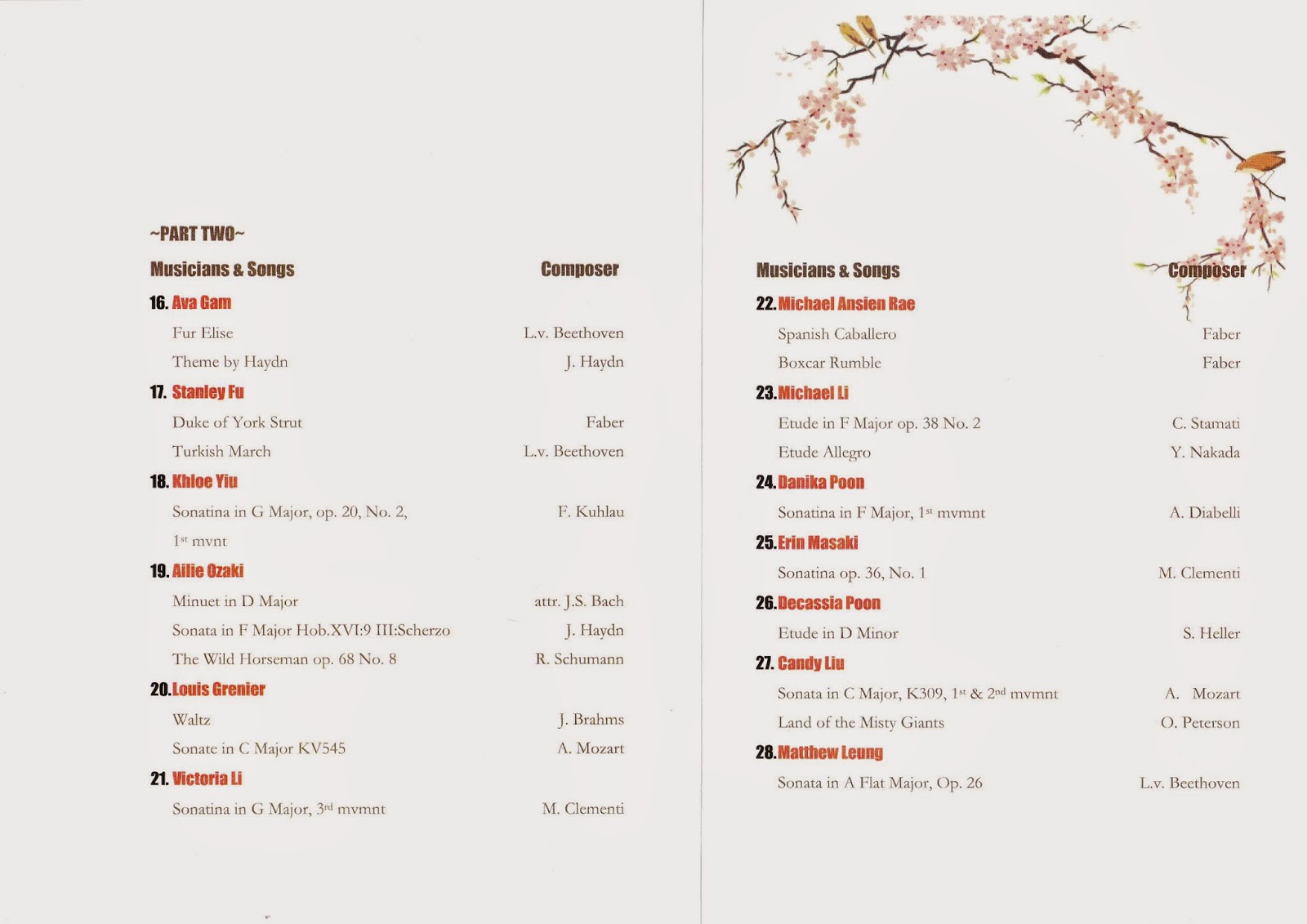 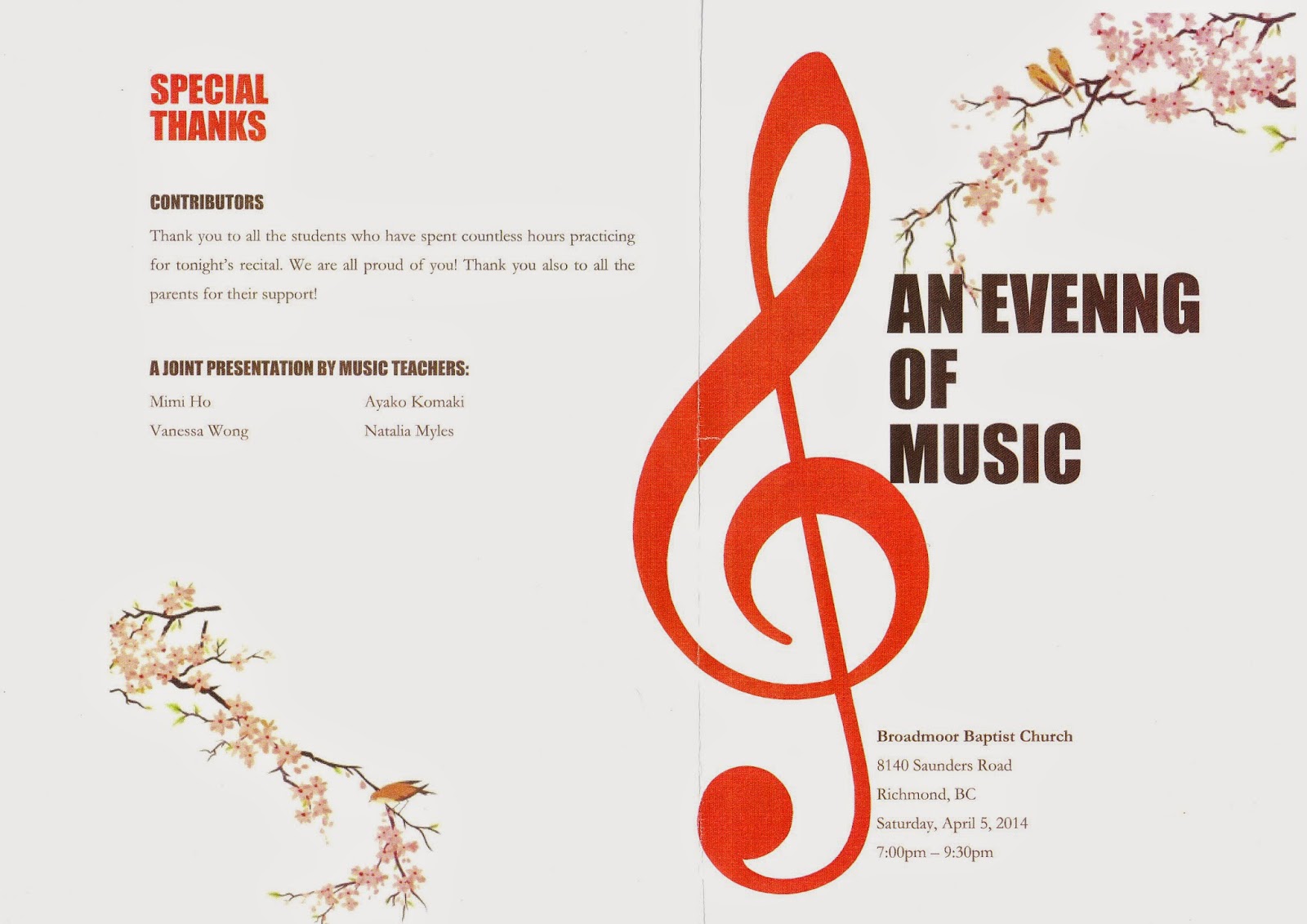 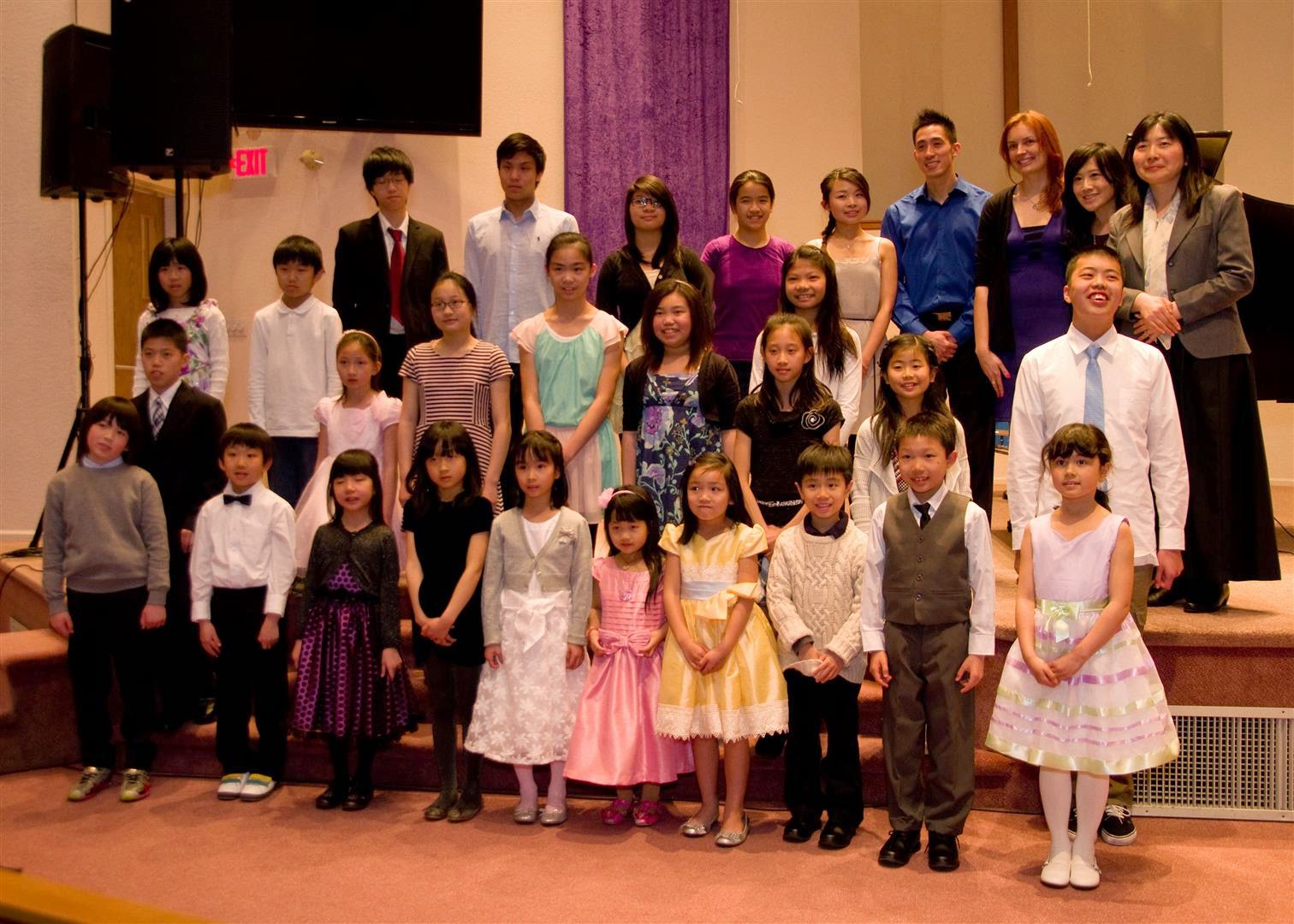 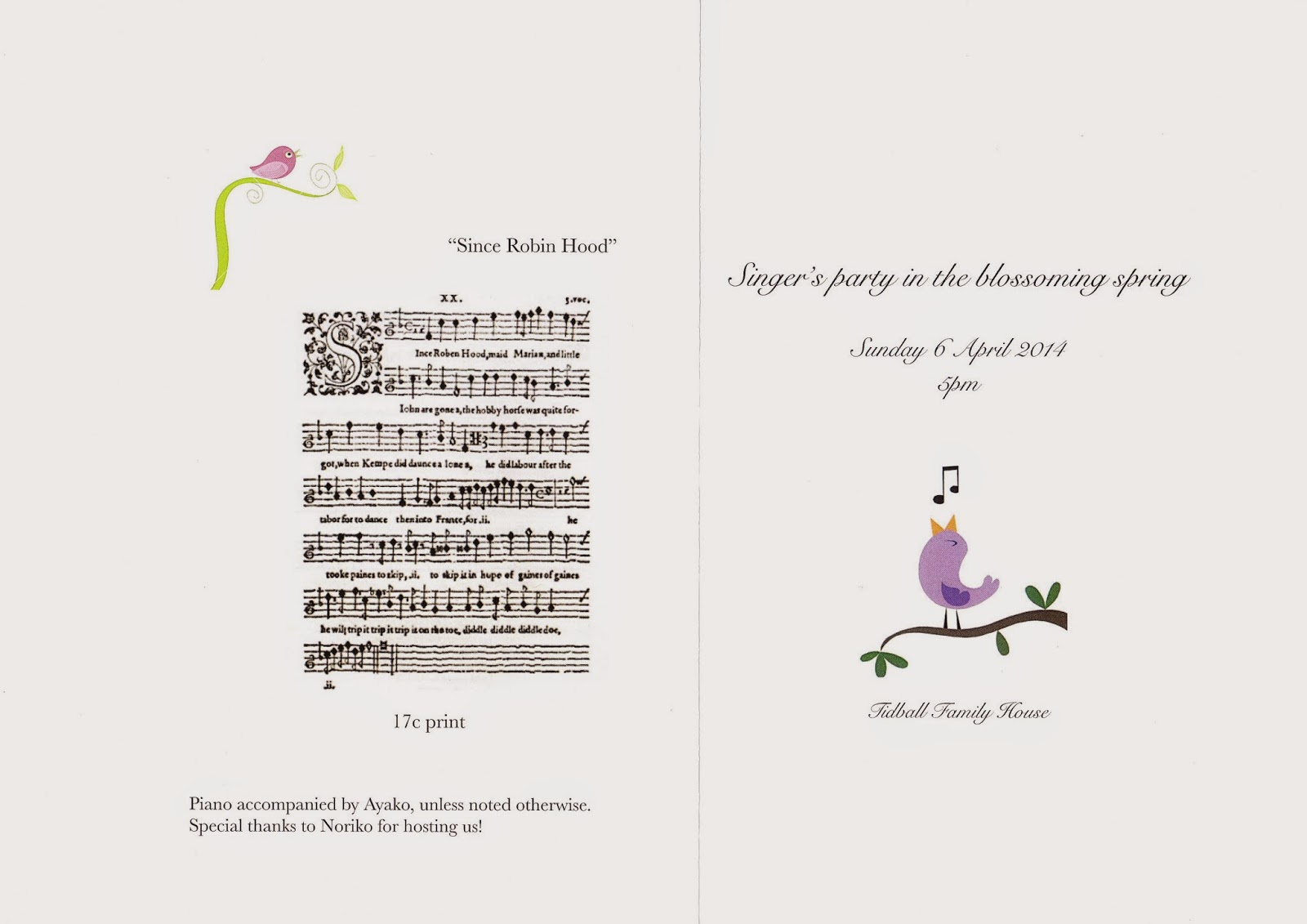 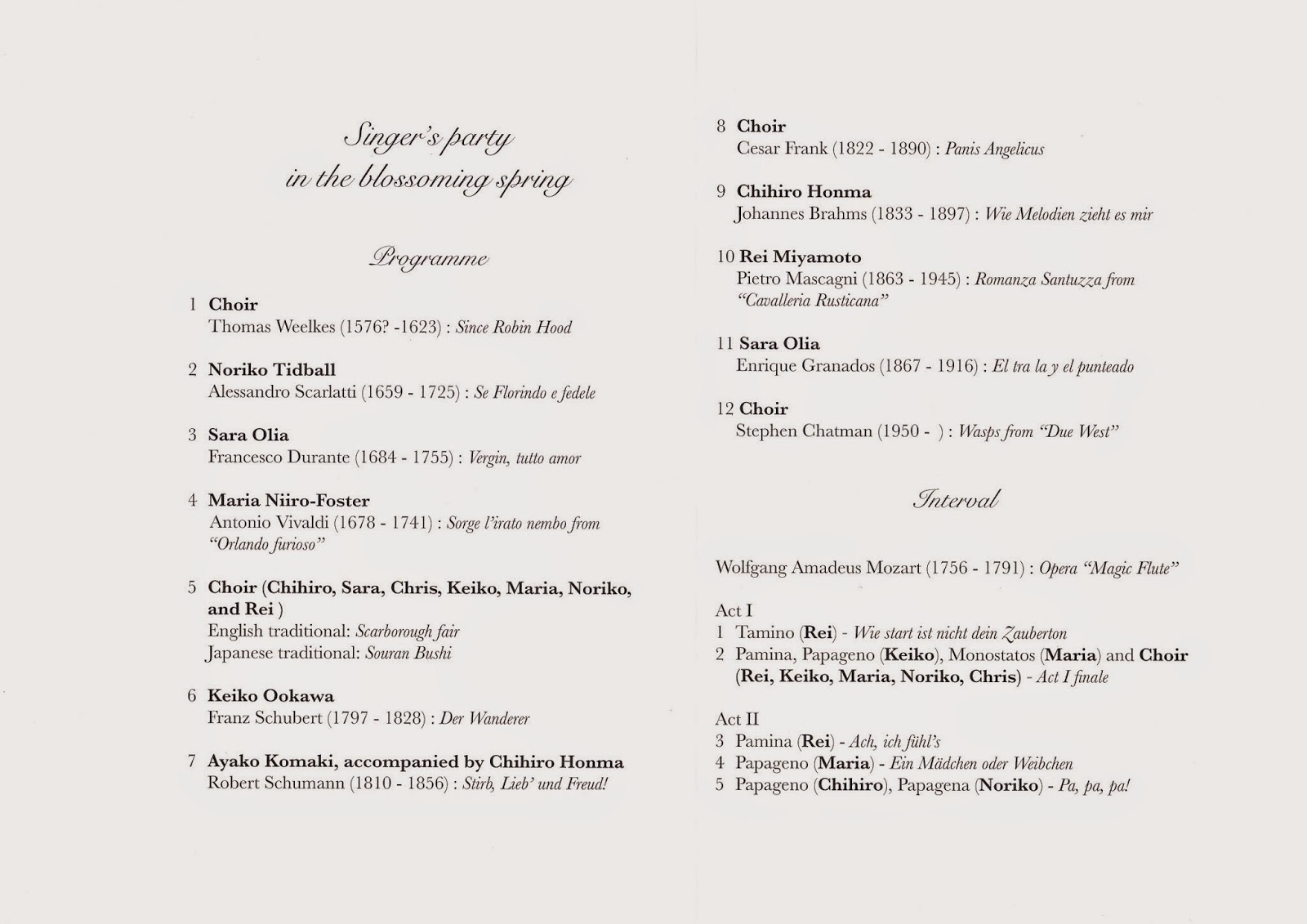 Sunday May 4 May Salon Concert 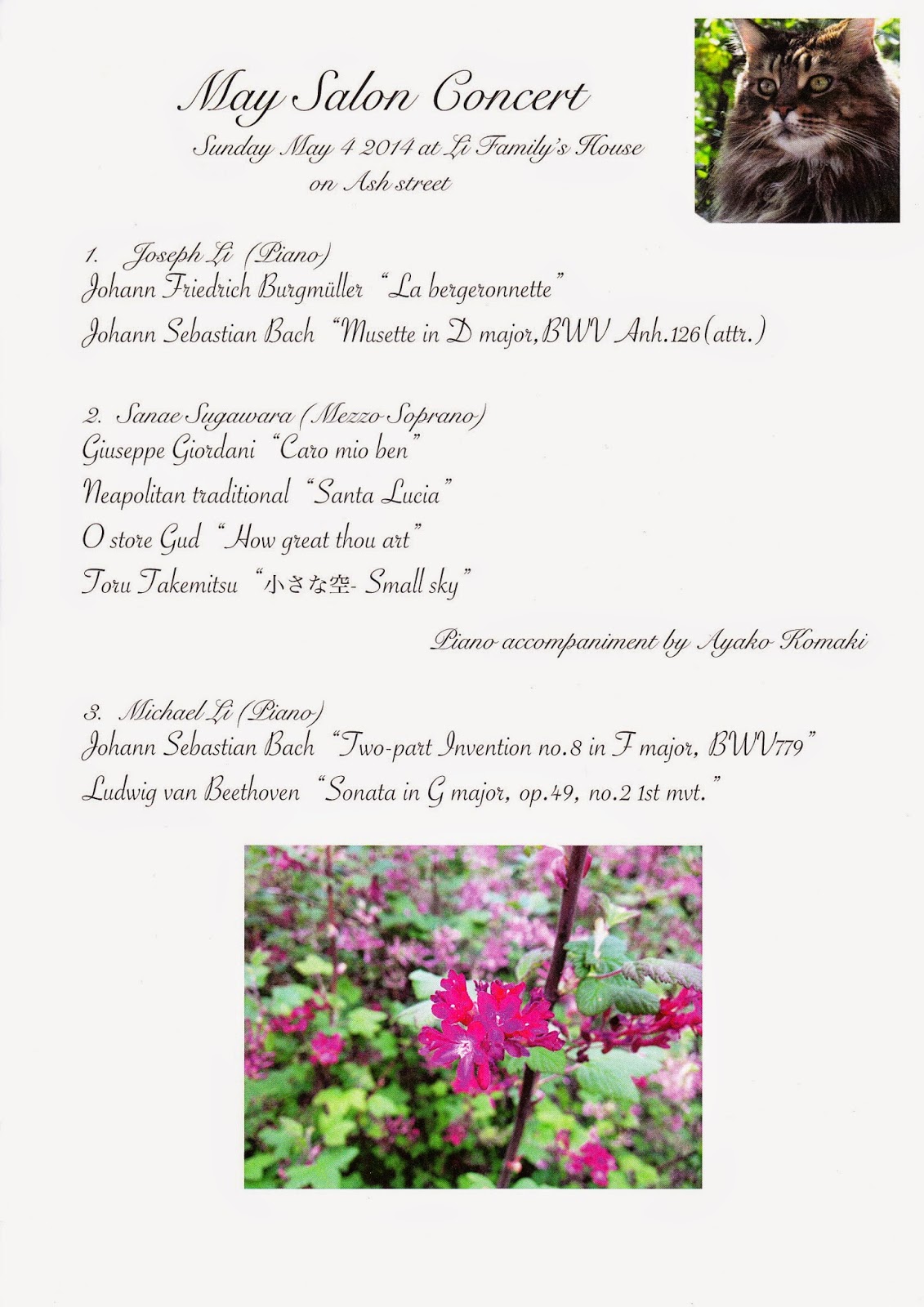 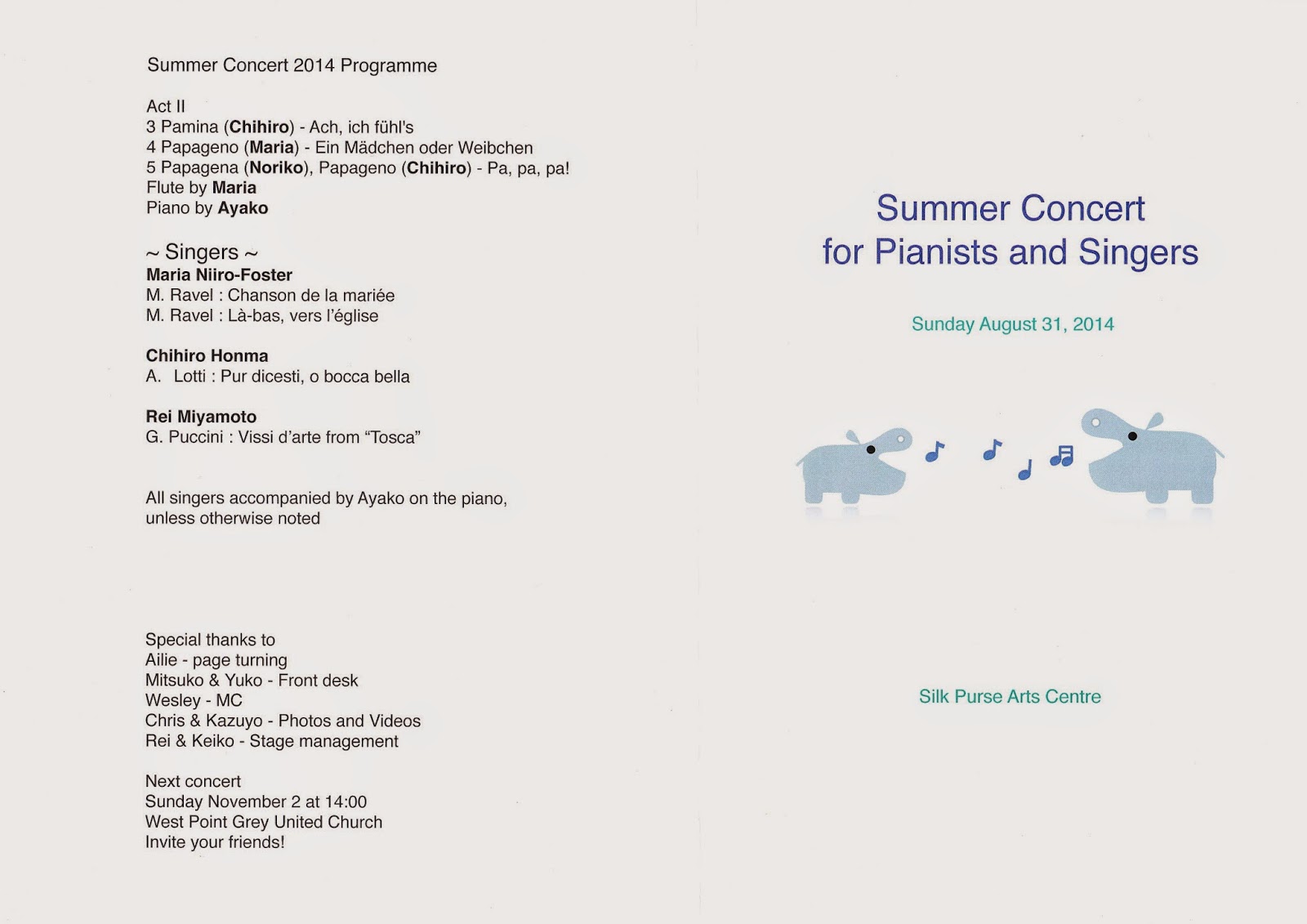 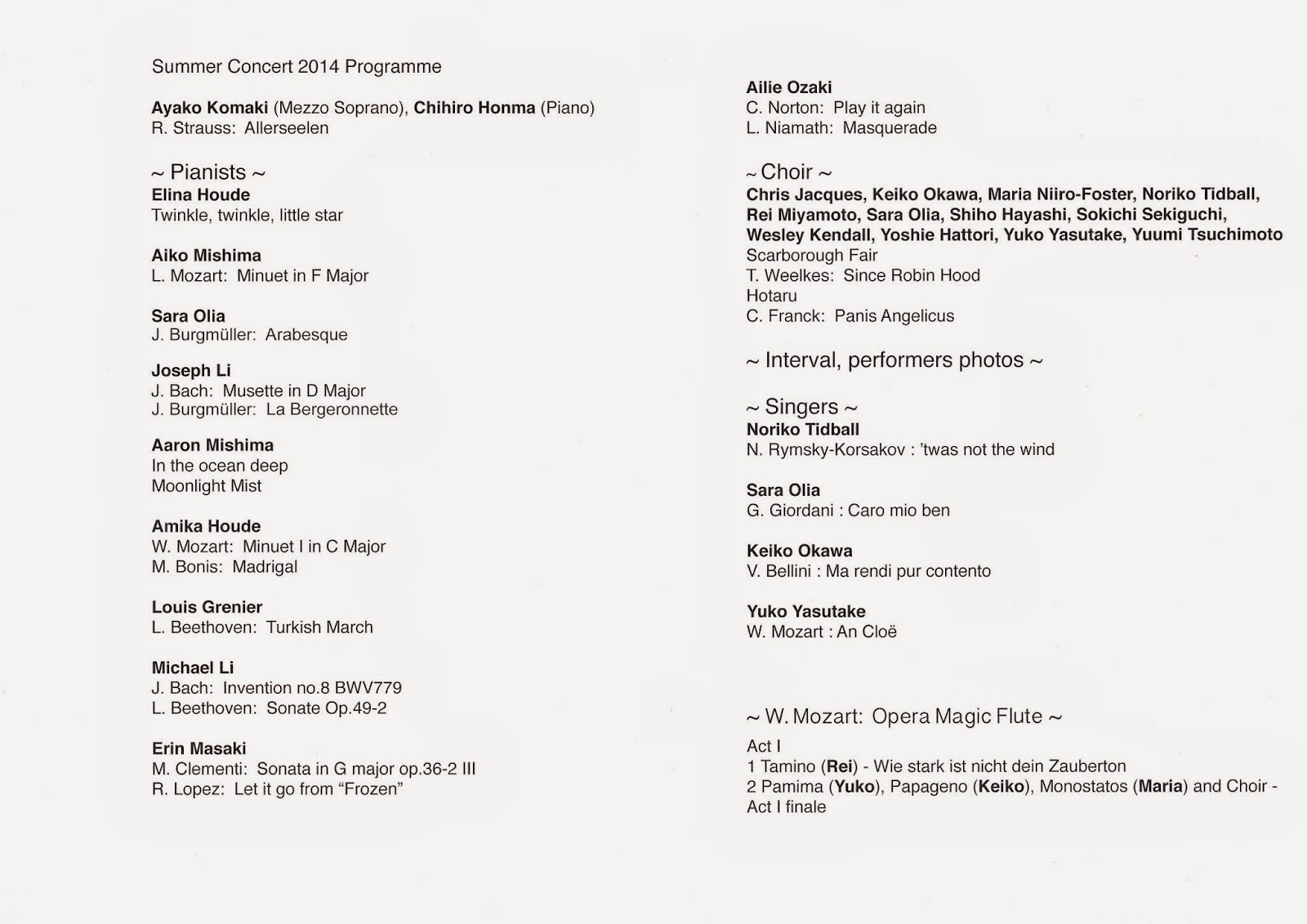 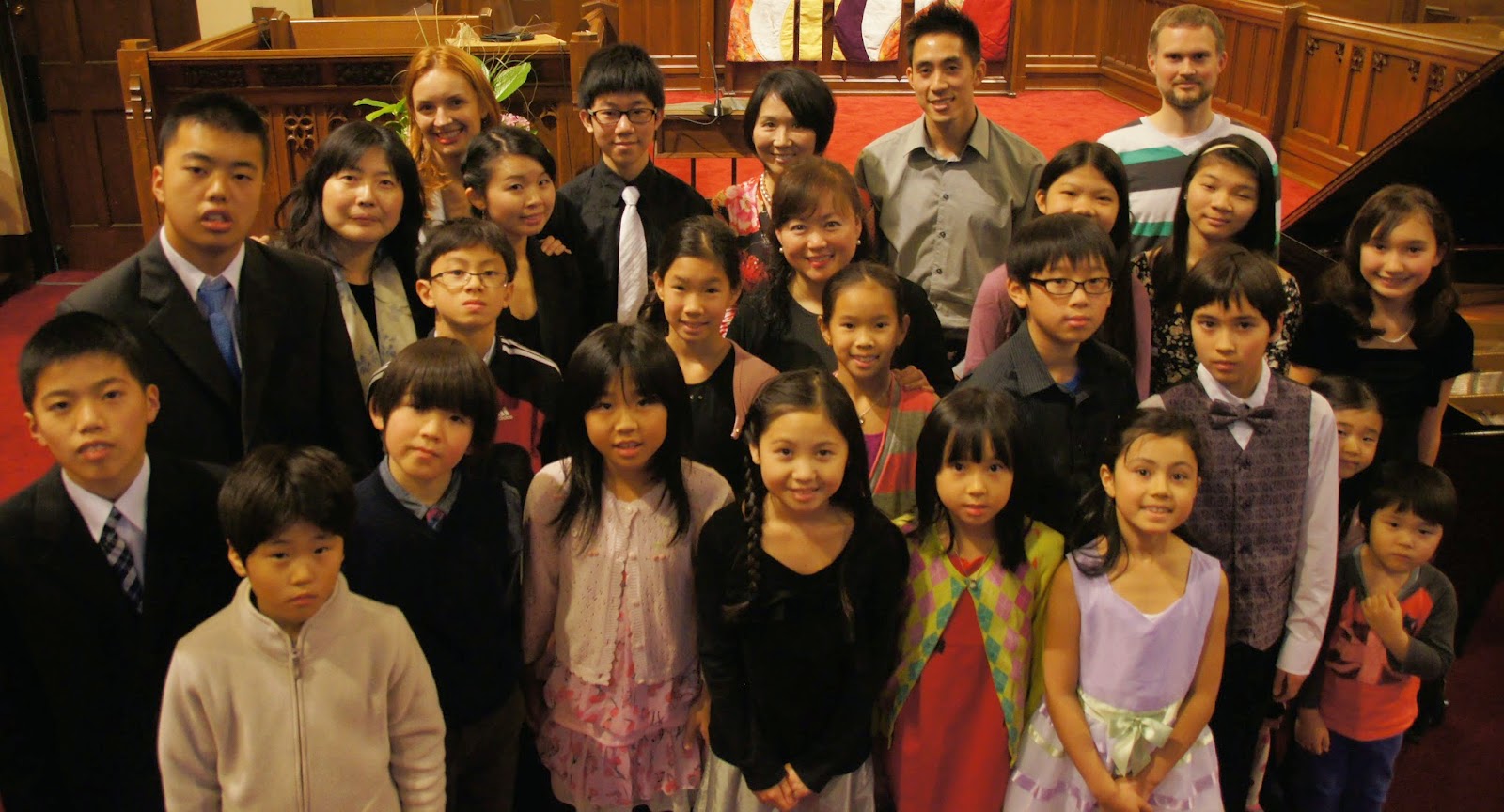 We were delighted by these talented pianists in the first part of the concert!

I would like to give special thanks to our photographers and video recorders,  Philip, Chris, Masumi and Ken. I also would like to say thanks to Vanessa and Kathy who was our MC as well as being a performer! Thank you!

A big thank you to all performers, families and friends who came to the concert! Thank you for all your support! We had around 150 people at the church, and raised $1075. We donated the profit from the event to the Sarah McLachlan School of Music. 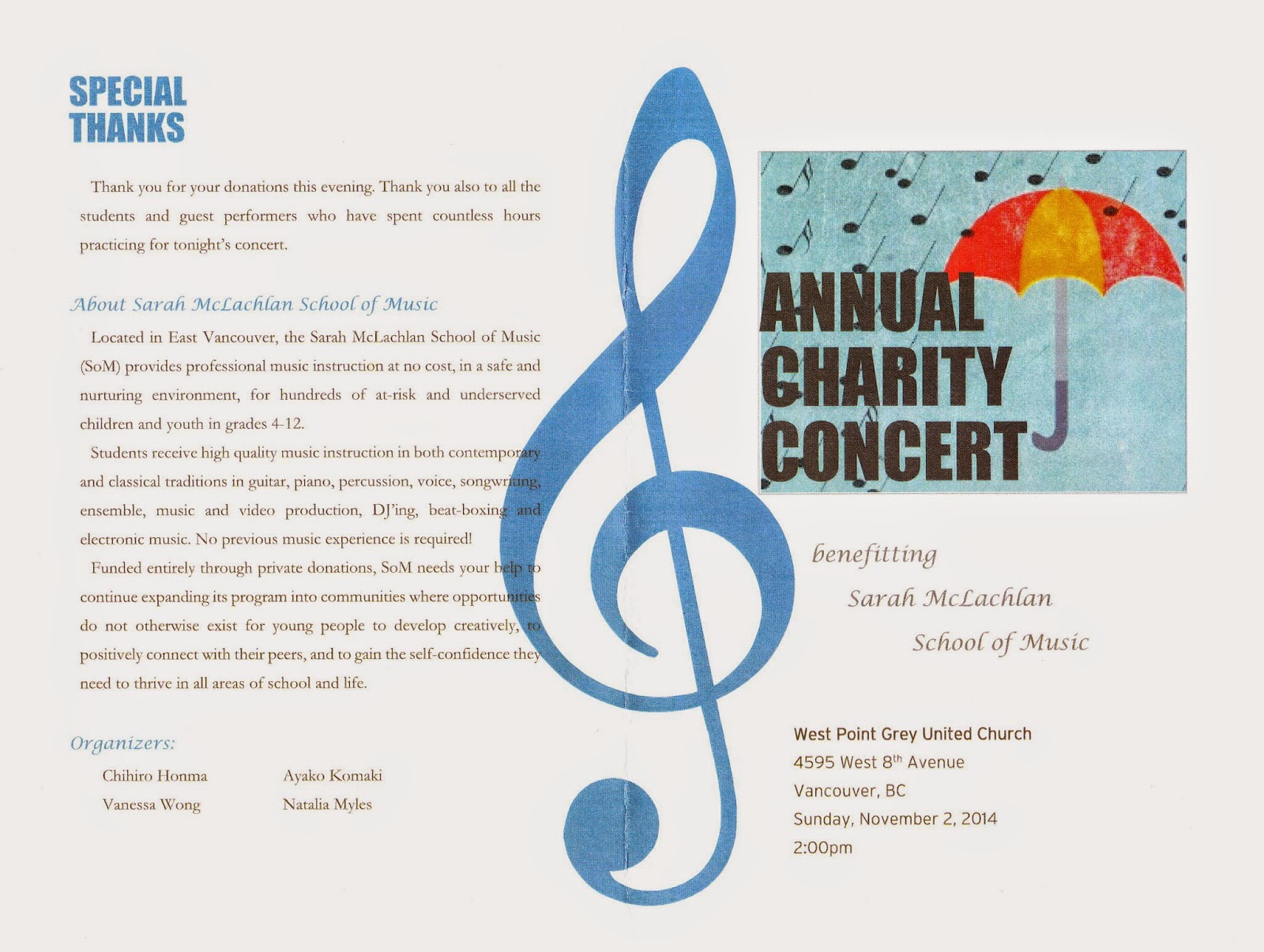 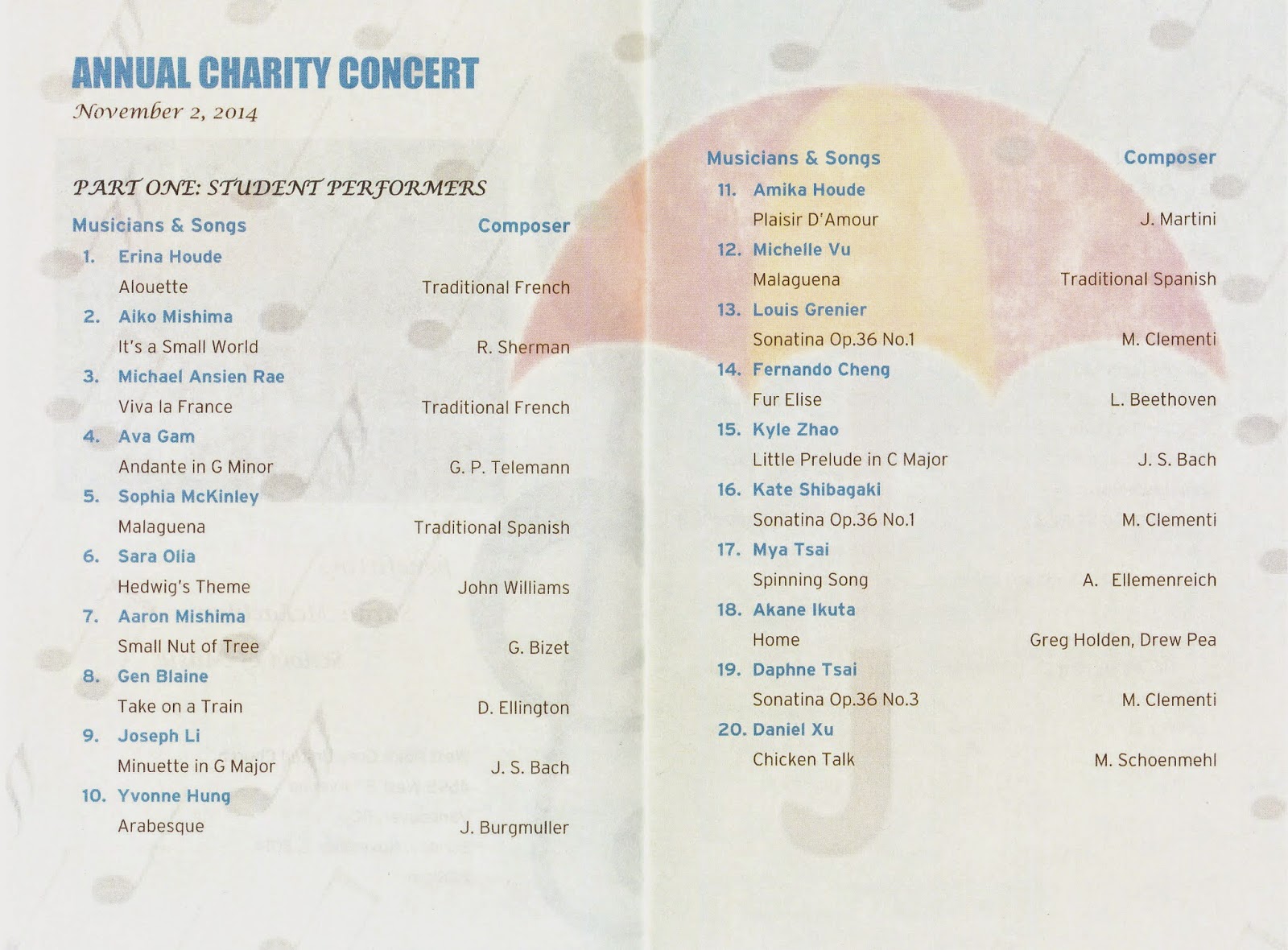 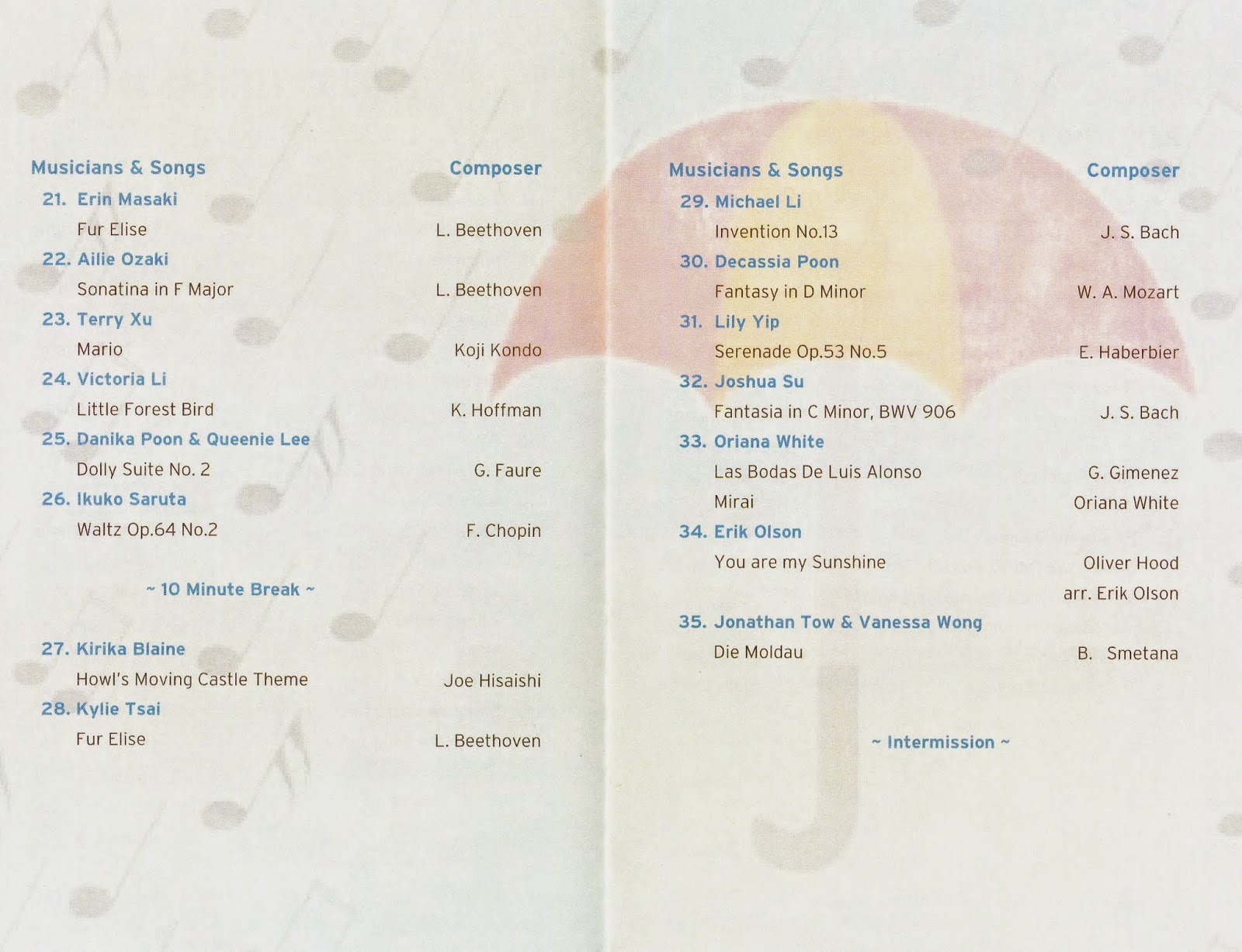 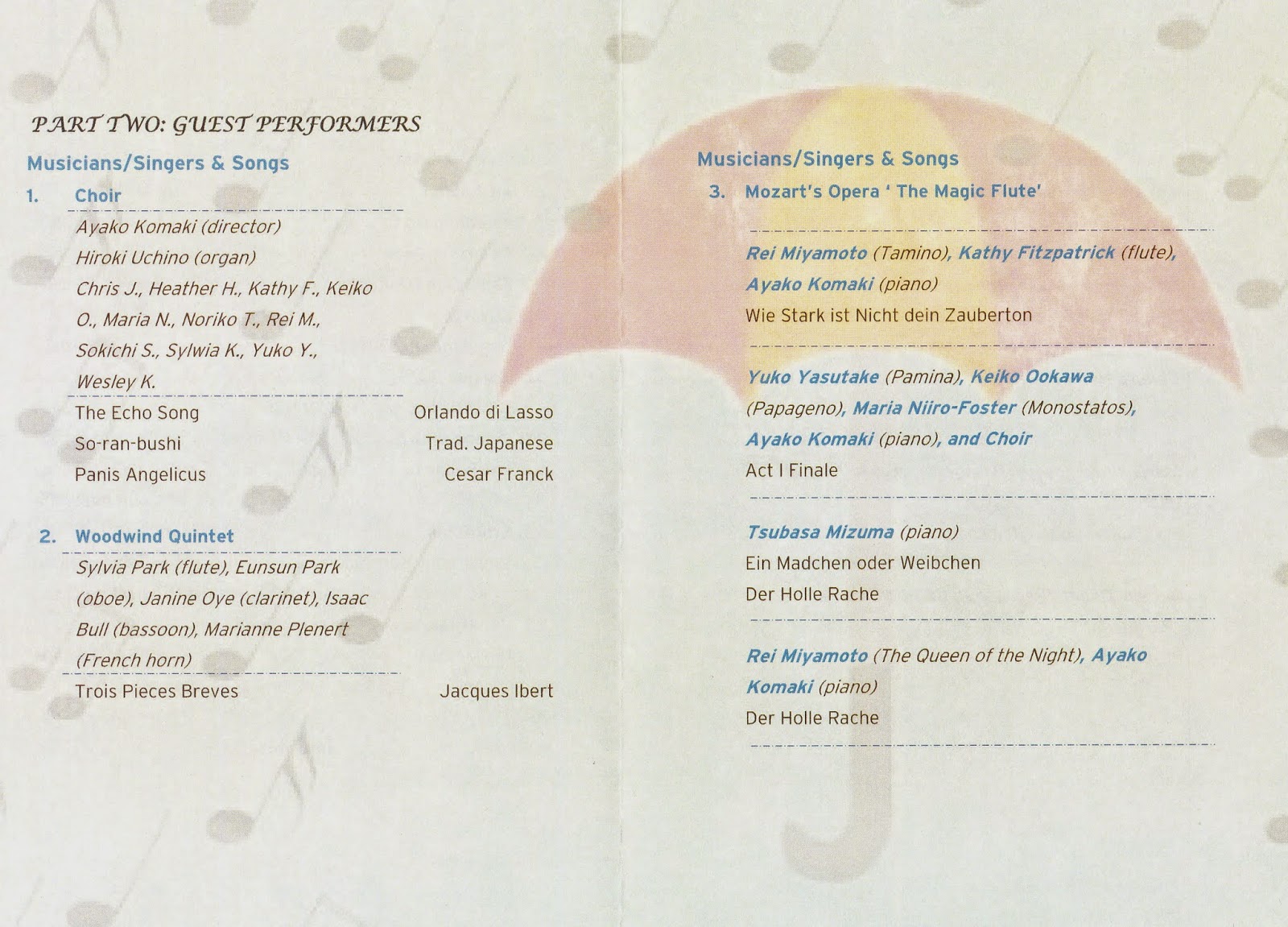 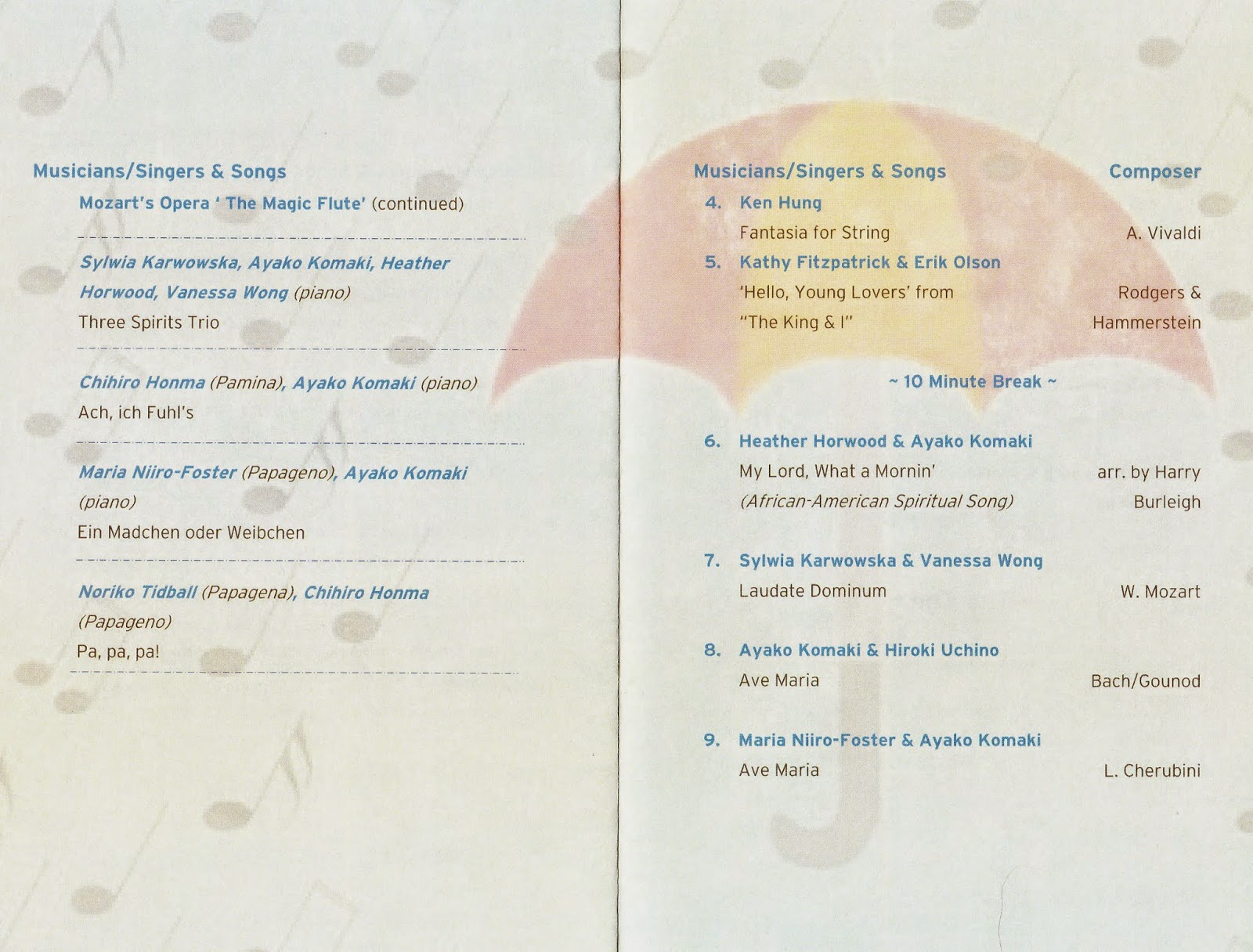 Opera Magic Flute
It was our largest performance of work from a single opera. Last year we performed work from "Hansel and Gretel", but only four short songs. This year we performed 7 big songs including piano interludes! All singers (singing students and choir members) had been practicing these songs since January. As you can imagine it is a huge project for singers to learn not only music but also gestures and lyrics. I would give them a rousing ovation for their superb performance and applaud their brave act! 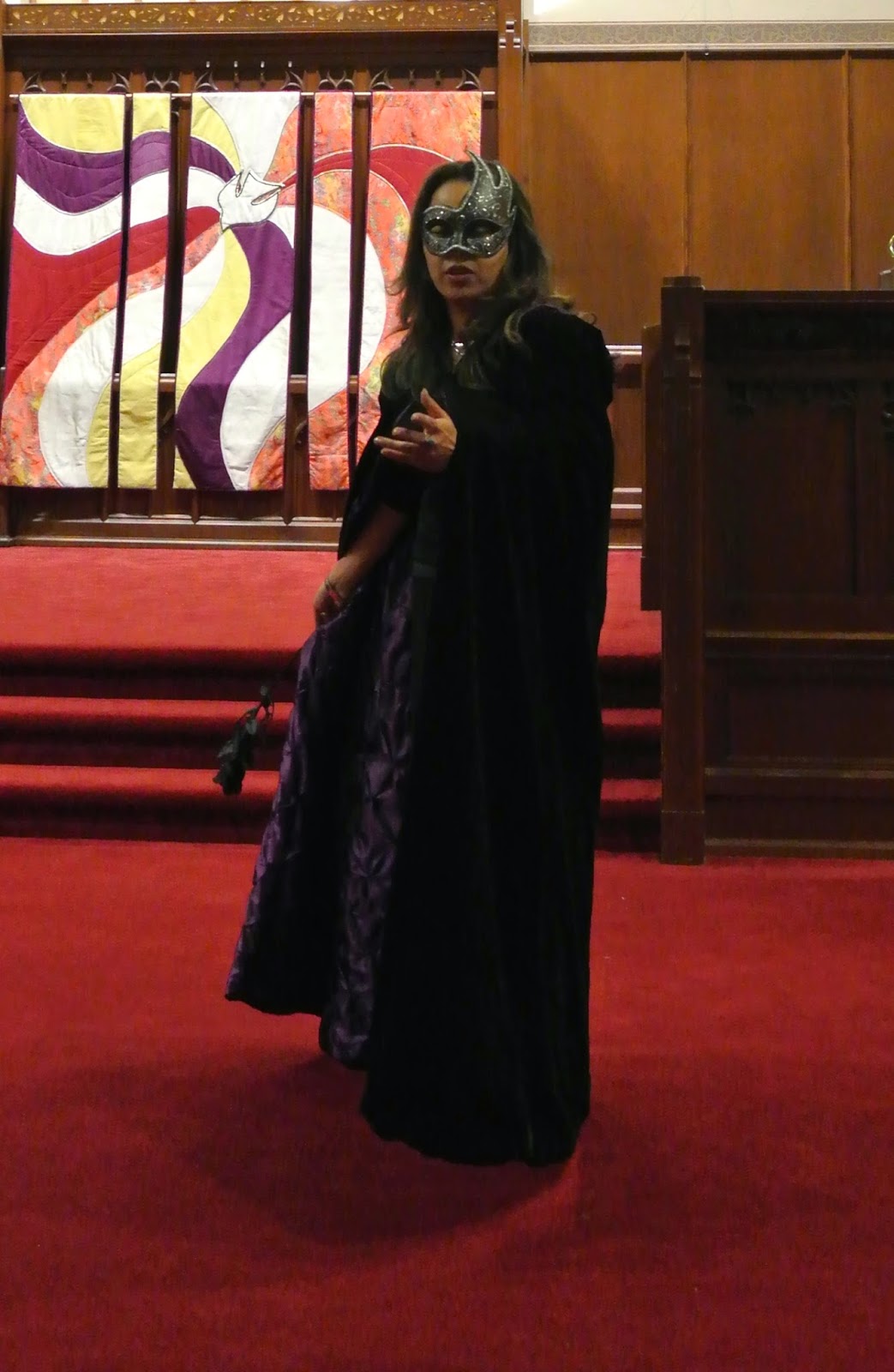 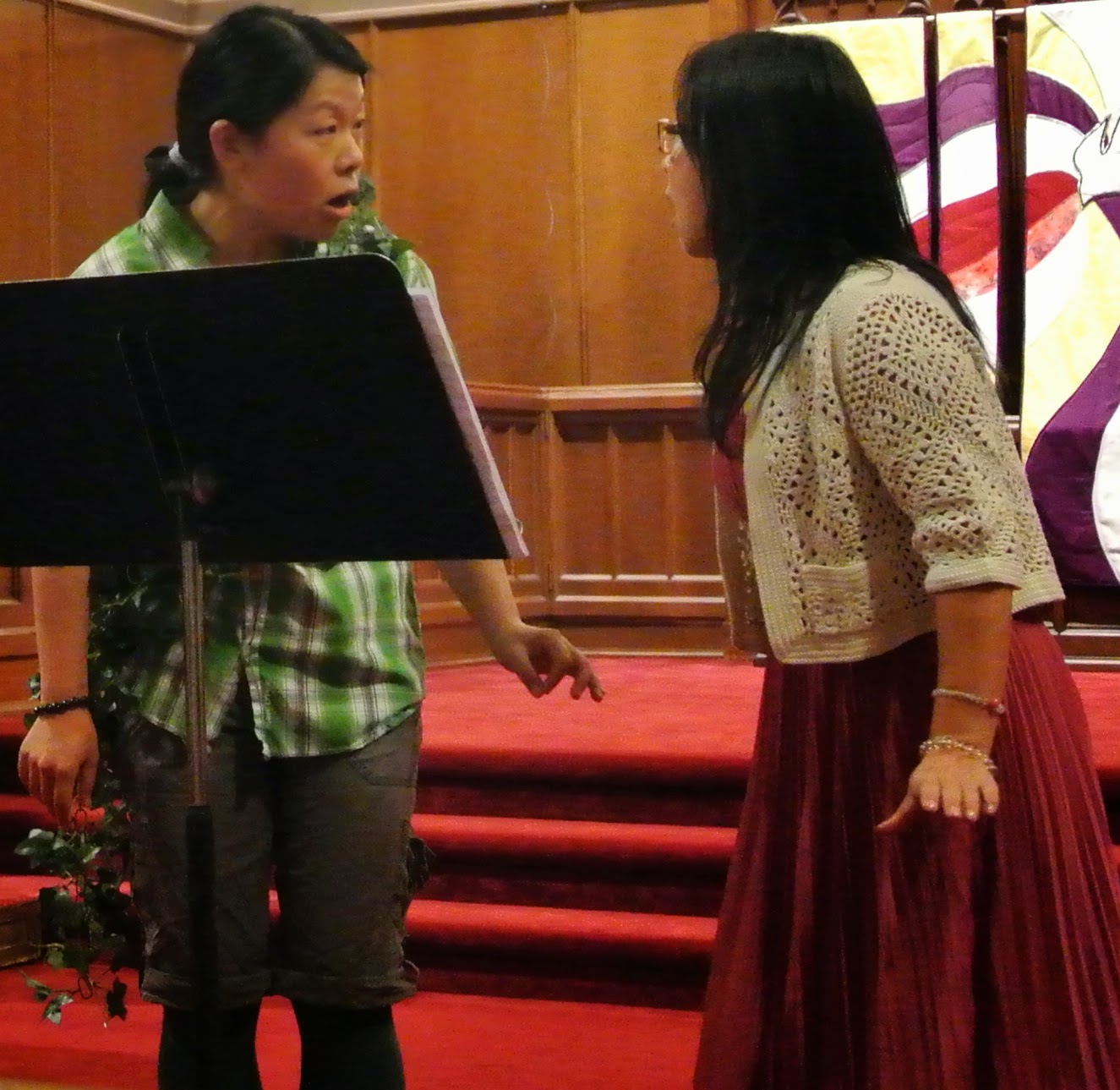 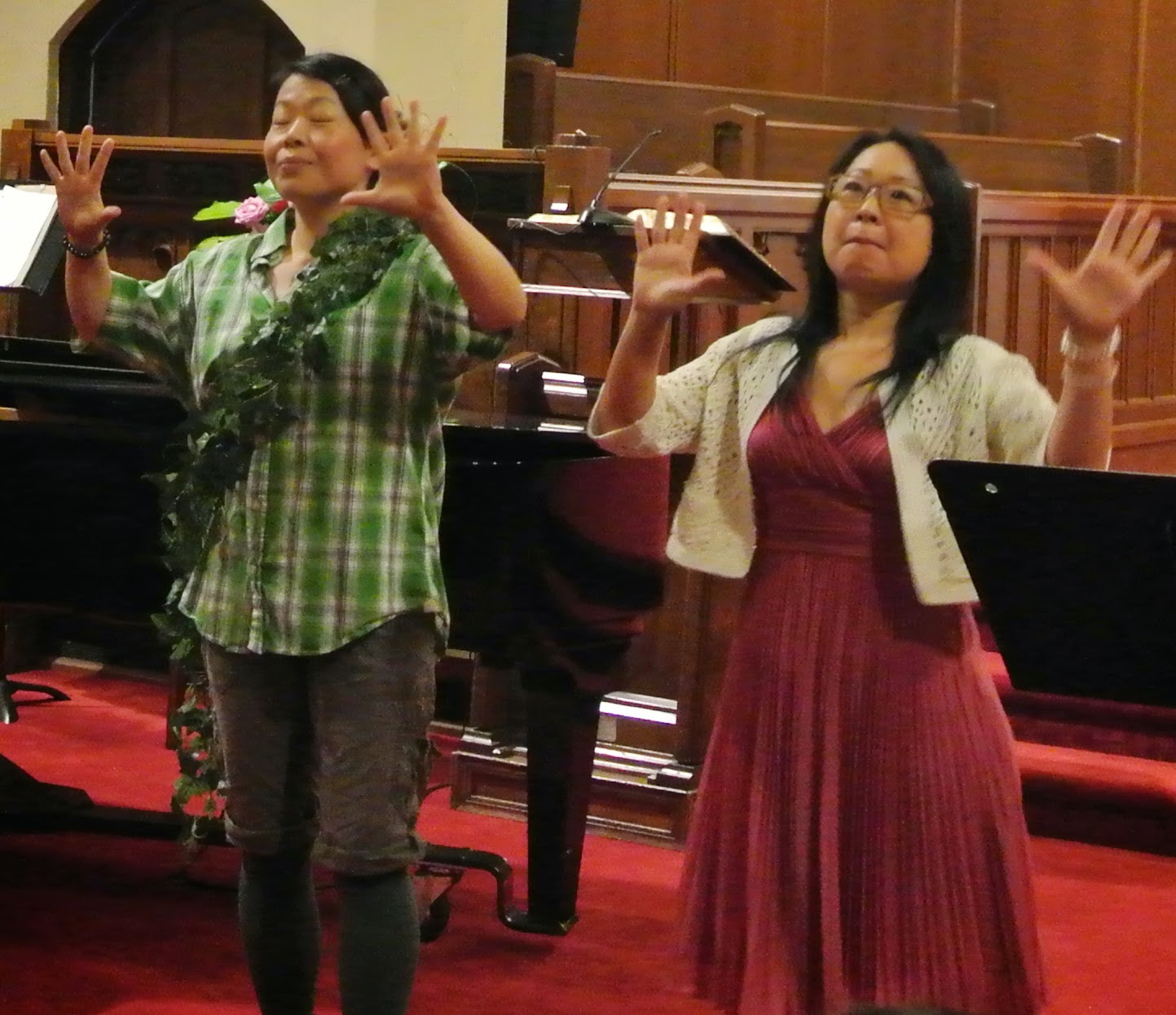